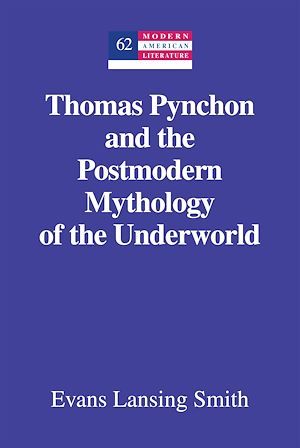 Thomas Pynchon and the Postmodern Mythology of the Underworld

Thomas Pynchon and the Postmodern Mythology of the Underworld is devoted to the work of one of the most highly acclaimed writers of the post-World War II period of American literature, Thomas Pynchon. Through close readings and broad amplification, this book illustrates that the descent to the underworld is the single most important myth in Pynchon's work, conferring shape and significance upon each of his novels. This book also offers a unique perspective on postmodernism, which is characterized by ludic syncretism - the playful synthesis of myths from a variety of cultures. In addition, Thomas Pynchon and the Postmodern Mythology of the Underworld is a major contribution to the study of myth and literature as a whole, through the definition of what Evans Lansing Smith calls necrotypes - archetypal images catalyzed by the mythology of the underworld. This book employs an interdisciplinary methodology that will be of critical interest to scholars of comparative literature, mythology, and religion; to theorists and critics of modernism and postmodernism; to depth psychologists in the traditions of Jung, Freud, and James Hillman; as well as to the broad base of Pynchon enthusiasts and exponents of popular culture.