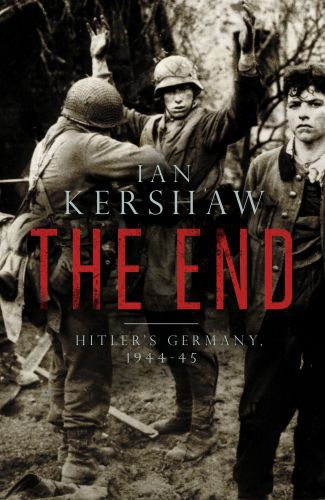 SUNDAY TIMES, TLS, SPECTATOR, SUNDAY TELEGRAPH, DAILY MAIL and SCOTLAND ON SUNDAY BOOKS OF THE YEARThe last months of the Second World War were a nightmarish time to be alive. Unimaginable levels of violence destroyed entire cities. Millions died or were dispossessed. By all kinds of criteria it was the end: the end of the Third Reich and its terrible empire but also, increasingly, it seemed to be the end of European civilization itself.In his gripping, revelatory new book Ian Kershaw describes these final months, from the failed attempt to assassinate Hitler in July 1944 to the German surrender in May 1945. The major question that Kershaw attempts to answer is: what made Germany keep on fighting? In almost every major war there has come a point where defeat has loomed for one side and its rulers have cut a deal with the victors, if only in an attempt to save their own skins. In Hitler's Germany, nothing of this kind happened: in the end the regime had to be stamped out town by town with a level of brutality almost without precedent.Both a highly original piece of research and a gripping narrative, The End makes vivid an era which still deeply scars Europe. It raises the most profound questions about the nature of the Second World War, about the Third Reich and about how ordinary people behave in extreme circumstances.Ian Kershaw is the author of Hitler 1889-1936: Hubris; Hitler 1936-1945: Nemesis; Making Friends with Hitler; and Fateful Choices: Ten Decisions that Changed the World, 1940-4. Hitler 1936-1945: Nemesis received the Wolfson History Prize and the Bruno Kreisky Prize in Austria for Political Book of the Year, and was joint winner of the inaugural British Academy Book Prize. Until his retirement in 2008, Ian Kershaw was Professor of Modern History at the University of Sheffield. For services to history he was given the German award of the Federal Cross of Merit in 1994. He was knighted in 2002 and awarded the Norton Medlicott Medal by the Historical Association in 2004. He is a Fellow of the British Academy, and was the winner of the Leipzig Book Prize for European Understanding 2012.